A 20 Year Battle With Mold 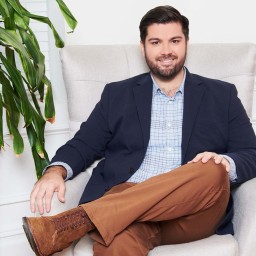 Today’s Mold Talks guest is Diana Denker, a health coach and avid mold exposure advocate. After almost losing her life three times due to exposure and undergoing a long list of trials and tribulations, she’s now using her unique experience to help others heal and guide them towards the resources they need to get their life back on track.

She’s also about to launch her own coaching business, called The Wildling Nutrition to further help people with their healing journey.

Out chat goes through Diana’s heartbreaking experience with mold exposure, the impact it had on her life, and finally finding the answers as to what was causing her symptoms. Her journey was incredibly long, but she’s looking at the bright side of the terrible situation and dedicating her life to helping others. “I’m a mold survivor more than anything really.”

For two decades Diana Dencker battled mold exposure. She first started noticing health problems in 2000 after moving into her college dorm. 19 years and 200 doctors later, she found out that mold was the culprit behind her illness.

At first, her symptoms didn’t manifest physically. Between brain fog and chronic fatigue, she gradually just stopped feeling like herself. She attempted to consult with doctor after doctor, but not a single one could give her an answer. They usually pointed her to a mental health professional to try to explain the issues she continued to experience. Was she eating enough, or did she have an eating disorder? Maybe she needed to be on anti-anxiety medication to fix the issue.

“When I walked in with these strange symptoms that were visible or related, there was never any trust between me and the physician. They wouldn’t allow it to exist. It’s a pretty heartbreaking process.”

At one point, after seeing a long list of doctors, her health insurance premium was $725. Af fee not many can afford, and she worked herself to the bone to attempt to continue paying. When all it would have taken was a single doctor, out of the hundreds Diana saw, to question if her environment was causing the problem. If the air she was breathing was poisoning her. Instead, they focused on giving her mediation and chemicals to put a band-aid over the symptoms. As Diana said, they’ll throw a million different things at modern problems instead of looking at the core issue: how is the air you’re breathing? It’s such a difficult battle, she said, to keep wake up every day and keep fighting not only your body but the medical system.

Her symptoms varied widely over the 20 years she suffered. From brain fog and chronic fatigue, to complete hair loss, anemia, kidney infections, migraines, light sensitivity, and problems urinating. The worst symptom of all, though, was the anxiety. She didn’t know her triggers, so was caught in the storm of experiencing unexpected and all-consuming anxiety. It ultimately began affecting her psyche and Diana started believing people that questioned whether she was mentally stable.

"You lose an element of yourself and you start to question your sanity."

Her mold exposure experiences eventually began affecting her relationships with friends and partners as well. Diana's health declined to such an extent that she couldn’t be there to support others, but also didn’t receive support from them either. She was absolutely depleted and said she never felt more alone. She spent her time pretending- putting a mask over her pain and a smile on her face because she knew most people wouldn’t believe her.

"I had to learn how to be the greatest actress of all time. I had to pretend that my brain was working, I had to smile when it hurt to exist. I was on the receiving end of so many devastating comments. So many throwaway comments. 'Oh, I’m tired of your autoimmune stuff.'"

She never harbored ill will towards these individuals, though. It wasn’t their fault, Diana said. They simply weren’t educated enough about mold exposure and the effects it can have.

Her career also took a significant hit. She couldn’t keep up with her failing health and succeeding in her position at the same time- the symptoms she continued to experience were too consuming. In 2015 it came to a head when she landed her dream job as an executive at an entertainment company but then began experiencing severe symptoms that kept her in and out of the hospital and emergency room. At one point, she was working with a catheter strapped to her leg.

Mold exposure is cyclical, Diana said. Sometimes you had times of healthy highs, but then you’d be sucked down into dark lows filled with sickness and misery. You just never knew what to expect, which is what happened to her in 2015.

"It(mold exposure) takes your life in a completely different direction. I often wonder, would I have children? Would I be married? My illness was always the hatchet in my relationships. In the next tier of success in my career. Any time I got my momentum, somehow it would always come crashing down again. That was the theme in my life and no one could figure it out."

At one point, she hoped for a cancer diagnosis so she could at least have an answer and start working on treatment. People understand cancer, she said. You have the acknowledgment of the health issue and the treatment and resources needed to fix it. Mold exposure is such a “new” thing that people don’t have the same understanding and acceptance of it yet. Even though it similarly attacks and weakens the body’s immune system and causes systemic dysfunction.

Finally, in 2018 she found her answer. Her partner at the time had a friend who recently opened up a functional medicine practice and was kind enough to take a look at her health problems. In their first discussion, the doctor asked Diana about her home environment. Could there be mold? Turns out, there was. After conducting a mycotoxin test to see any toxin presence in her body, the doctor called and told Diana the levels in her body were off the charts. She didn’t know how Diana was even still alive with the amount of poisoning her body was experiencing.

Ironically, Diana found mold in her apartment the day she got the call and decided to move out immediately. She took a painting down and found a huge mold colony.

"What an ah-ha moment to have. To get the call and physically see it. That’s my enemy and I will never suffer again. When you know your enemy, it is so much easier to defeat it. But people have to step up and say this is dangerous, this can hurt somebody, please try to help us."

Then began the long, and costly, journey to healing. The process itself had an array of ups and downs, and it took significant time and effort. But after 20 years, Diana finally got her answer and began to heal. She’s able to take deep breaths without her body suffering. Now she has such gratitude and joy to be alive and to be well.

"I’m making up for that lost time. I’m enjoying my life. I’m adventurous, I’m healthy, I’m happy, and I’m radiant. I’m in the best shape of my life. There are no bad days because I’m on the other side of them. There’s joy in the story, in revival, because you can come back from being poisoned. It sounds scary when the doctors are talking to you, but you can come back better than ever."

Now she’s dedicating her life to bringing more awareness to mold exposure and the path to healing.

"I was a vessel of pain and sacrifice so now I can be a vessel of experiential information."

She hopes that by sharing her story and using her experiences, she can help others so that they never have to suffer as much as she did. And she still faces opposition from people who say she’s using the “victim card” or that her experience wasn’t as bad as others who are suffering from “real” issues like cancer. Not everyone understands or accepts a mold exposure diagnosis, but that’s only a growing pain for now. By continuing to educate others, she hopes that that ideology can change.

For those currently battling mold exposure, Diana encourages them to never stop looking for the answer. Be aware of your environment, push for answers, and flex your mental power. The brain is such a powerful tool and it will be your ultimate friend while battling mold exposure. Especially when you’re at your lowest or you think you’ve reached the breaking point. Just continue to push through.

Air quality and the effect of environmental factors on our health might not be on everyone’s top list of concerns, but that doesn’t mean we can’t begin to push for more awareness, support, and medical consideration.

Reach out to Diana at:

Before you go. Sign up below to get my newsletter.